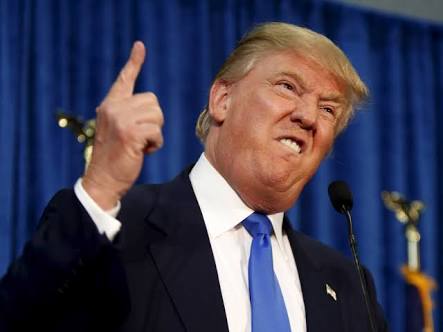 Over the last few days, the world has been incensed by the latest utterances from the Offender-in-Chief, Donald Trump. Responsible institutions, like the UN, and decent people from all walks of life have been voicing their disgust at his categorisation of Haiti and countries in Africa as ‘sh*thole countries’. Many of my friends have taken to social media in a flurry of angry posts and some, including me, have posted a very informative rebuttal by Sir Ronald Sanders, Antigua & Barbuda’s Ambassador to the US.

In his article, Sir Ronald outlines Haiti’s long history of abuse by colonial powers like France, which imposed penalties of 90 million gold francs (billions of dollars today) for losing their slaves and plantations. It took Haiti more than 120 years to pay it off, while their so-called free population suffered in poverty. The United States backed France’s claim with regular military interventions and a forced occupation of the country for nearly 20 years. Meanwhile, Haitians immigrants have played their part in defending the US and building its economy. Anyone aware of this history is justified in being offended by Trump’s ignorance and contempt.

However, my take on this is a little different. I’m not shocked by Trump’s crass remarks because that’s what I expect from him. He has already shown us who he is and US voters have chosen him to lead their government. His casual racism has been displayed over many years in business and his recent foray into politics. Yes, we expect better from the ‘leader of the free world’ – but not if it’s Donald Trump.

So, my advice, especially for non-Americans, is that we should move beyond anger and disgust, and focus on more important matters. These include:

One of the reasons why I’m in Africa and intend to return to the Caribbean eventually, is that I like the feeling of contributing to creating or building something that either doesn’t exist or needs improvement. Many of my friends and colleagues who are doing amazing things in Nigeria have acquired skills abroad and have returned to make their mark in a broken society. They know that no one else can fix it but them, so they endure the endless inconveniences in order to make a difference.

I believe that the rise of Trump and his emboldened right-wing base, which includes a range of hate groups, should be a wake-up call for black and brown people in the US, UK and Europe. His protectionist, anti-immigration, race-baiting rhetoric should make us all realise that there has always been a sizeable minority who wish we would ‘go home’. The brightest, wealthiest and most capable of us should see this as a wonderful opportunity to build our own countries, utilising all we have learned and earned. Let’s use all the grit and resilience we’ve developed in dealing with harsh climates and even harsher racism, no matter how cleverly veiled, to tackle underdevelopment and poor governance. Let’s reverse the brain-drain that was caused by our emigration.

There will be the inevitable challenges, frustrations and disappointments but there will also be a pride in knowing that your contribution is really important to the development of the society. If you look beyond the crudeness and vulgarity of Trump’s worst qualities, you might find inspiration in his seeming madness. If you can, it will help you on your journey.

I know that some readers will react negatively to the idea that we could learn anything from a Neanderthal like Trump but, as the saying goes, ‘Even a broken clock is right twice a day’. You can learn from anyone. This is an unprecedented period in US governance and it’s having an effect on the whole world because of their outsized international influence. Let’s use this opportunity wisely, rather than become victims in someone else’s game. Let’s learn from Trump and use it to our own advantage.

To prove you can learn from anyone, here are my favourite quotes from some of history’s most notorious leaders:

“It takes less courage to criticise the decisions of others than to stand by your own.” ~ Attila the Hun, barbarian leader who slaughtered thousands to conquer Europe

“Better to live one day as a lion than 100 years as a sheep.” ~ Benito Mussolini, Fascist Italian dictator and ally of Adolf Hitler

“Words build bridges into unexplored regions.” ~ Adolf Hitler, Führer of Nazi Germany and instigator of World War 2, responsible for the extermination of millions of Jews

“He who stops being better, stops being good.” ~ Oliver Cromwell, English dictator, responsible for Irish genocide

“Impossible is a word found only in the dictionary of fools.” ~ Napoleon Bonaparte, French Emperor and conqueror of Europe

“Don’t drink at all, don’t smoke, you must exercise and eat vegetables and fruit.” ~ Robert Mugabe, Zimbabwean dictator

16 thoughts on “Lessons we can learn from Trump”