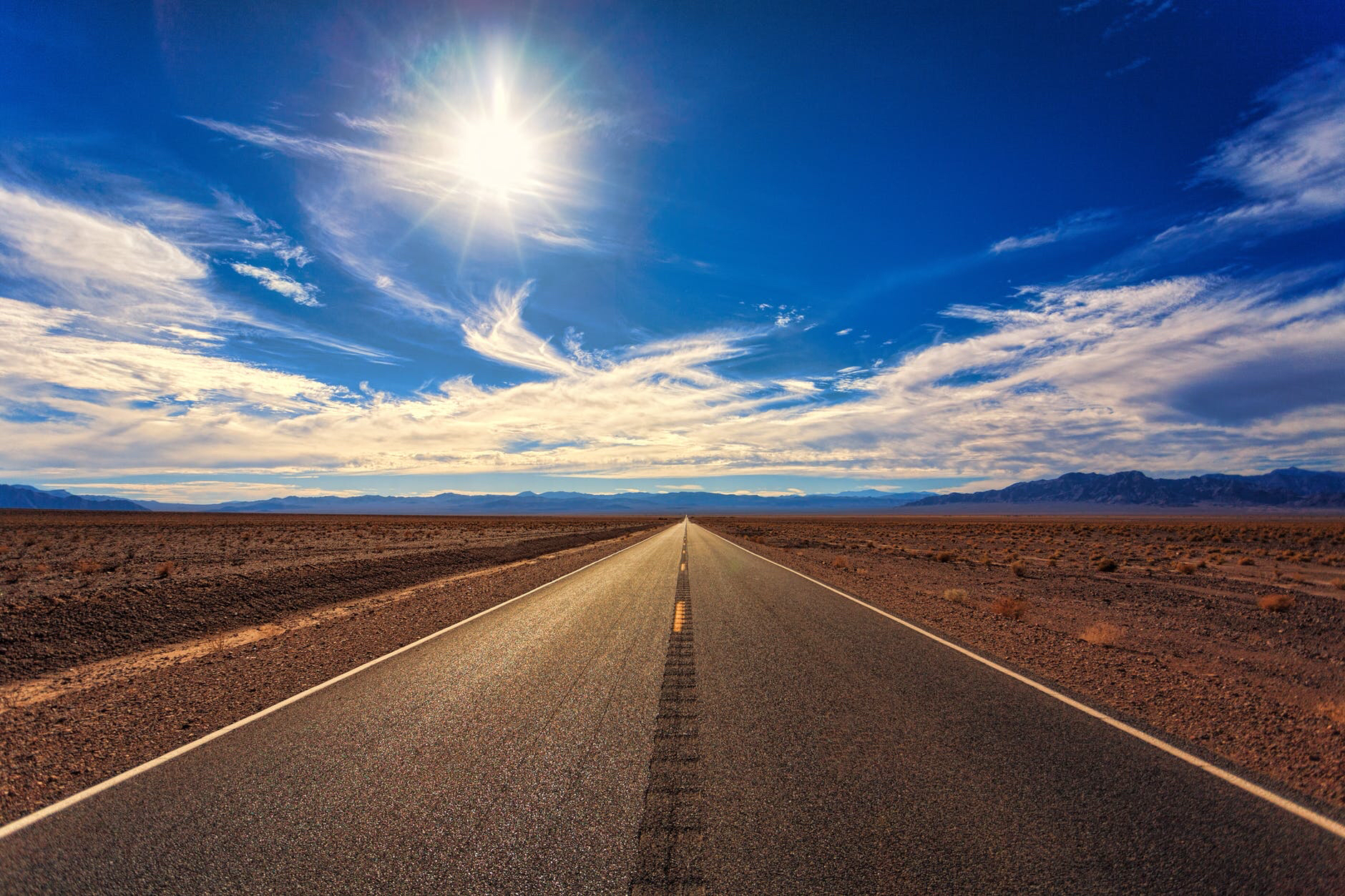 Last week Monday evening, I left Toronto on a British Airways flight bound for London, then Lagos – a trip of 18 hours. It ended up lasting more than 4 days. The ordeal was triggered by bad weather but exacerbated by government apathy, poor decisions by the airline and insidious corruption on the part of multiple security agencies in Nigeria. Here’s how it unfolded.

I decided to attend my grandfather’s funeral in Toronto a couple of weekends ago and booked the most convenient flights available: Lagos – London – Toronto – London – Lagos. I would leave on Thursday night and arrive on Friday afternoon, attend the funeral on Saturday, hang out with the family on Sunday, head back on Monday and arrive in Lagos on Tuesday evening – a quick ‘in and out’. It seemed like a good plan.

I checked in online and only needed to show my passport to verify that I had the correct travel documents. With just a carry-on bag, the process was relatively painless, despite the usual chaos at Lagos airport. That’s when I heard the rumour that the flight was delayed from 11.15pm until 1.15am. Staff at the BA counter seemed uncertain, as the time shifted to 3.50am, then 6.00am. Eventually, a bus was provided and we set off for a nearby hotel.

After only 3 hours sleep, we were back at the airport and eventually took off at 7.00am. Before we left, BA had sent an email that I had been rerouted through Charlotte, North Carolina because I would miss my direct flight to Toronto. My 7-hour hop from London would now be 9 hours to Charlotte, then another 3 hours to my destination. By the time we reached London, I had missed the Charlotte flight (yay!) and was put on a direct flight with Air Canada, arriving just a few hours later than originally scheduled.

It was just my luck that Toronto was having one of the coldest days of the winter, with a temperature of minus 17 degrees and a blanket of snow covering the city. My winter jacket suddenly felt very flimsy, as I gazed outside at normally hardy Canadians in their thickest coats, with woolly hats, gloves, boots and scarves. Luckily, my sister had sent a taxi that pulled up right outside the nearest door – all I had to do was survive the 30-metre dash to safety. In the warmth of the SUV, I contemplated why three of my dearest relatives had conspired to pass away in the dead of winter, in one of the coldest countries on earth. Perhaps it was their way of testing the love of those of us left behind.

Freezing temperatures aside, I spent a wonderful time with family, as we reflected, both publicly and privately, on the quiet, humble man who had graced our lives. All too soon, the long weekend was over and it was time for me to return to Nigeria. This time my departure went smoothly and after a nice breakfast at Heathrow I boarded for Lagos.

Less than an hour from Murtala Mohammed airport, the captain warned us of poor visibility that might make it difficult to land. Little did I know that this announcement was the beginning of a three-day ordeal. Our worst fears were realised when, after circling for some time, we turned towards Accra to wait for better weather. Interestingly, we couldn’t see the ground until just a few minutes before landing but it didn’t seem to be a problem for the pilot. We were transferred to hotels to wait until morning.

The next day, we waited all day at the airport to no avail. The captain was very helpful and explained to a group of us exactly what the issues were. It was clear that the fault lay with the faulty instrument landing system (ILS) at Lagos. Apparently, a new Category IV system had been installed but not calibrated, making it unreliable as a guidance system for pilots flying blind in poor weather. We learned that this situation had been the status quo for several weeks, with the last flight shutdown occurring in January. As usual, no one was taking responsibility in Nigeria – not the airport, the airports authority nor the minister.

Unthinkable as this would be in any civilised country, the Nigerian media was not even reporting that flights to one of the world’s largest cities had been suspended. CNN posted a report, as did Sahara Reporters, an independent, online, Nigerian news source known for being resistant to coercion. Anywhere else, the wholesale cancellation of international and domestic flights would be headline news but, in Nigeria, people have become resigned to dysfunction, especially when government agencies are involved.

By Thursday, the weather appeared to be getting worse and British Airways made a drastic decision. They asked all passengers to proceed to Accra airport and collect their luggage that had been left on the plane. I joined a friend, David, who had to collect a couple of suitcases, to see if any local airlines were going to Lagos but the information displays showed a mass of delayed or cancelled flights. By the time we returned to the hotel, BA had sent another email cancelling our flight and suggesting we make our own way to Lagos. They would pick up our expenses if we kept receipts and made our claims.

With just one night left at BA’s expense, a decision had to be made. Over dinner, we decided not to travel on Friday (Valentine’s Day) and if flights were still unavailable, we would find a reliable bus to Lagos on Saturday. While David went upstairs to bed, I hung around in the lobby discussing BA’s decision to abandon its passengers, unless they wished to return to London. I overheard a group of women compiling a list of people for a coach leaving at 3am and joined the conversation. They assured me that I would be able to get through two neighbouring countries, without a visa, if I left it to them. There and then, we made a snap decision to join them.

I got to my room just before midnight, anxious to pack and set my alarm for 3 hours’ sleep. Wallet, check; I-Pad, check; passport… OMG. I had forgotten that it was being held by Immigration at Kotoka International Airport, in lieu of a valid visa. I rushed down to the lobby, called a taxi, withdrew some cash from the ATM and sped off. Luckily, there were a couple of late flights, so all officials were still working. I signed for my passport and headed back into the night. Before I slept, I made sure to post about our predicament on IG, Facebook and Twitter, tagging BA and hoping it would spark media interest.

Not surprisingly, the bus was late. Three o’clock became four. By the time we got all the oversized suitcases into the hold and in the back of the bus, it was 5.00am before we set off. In 5 hours we were in Togo, another 2 hours got us to Benin, then another 4 hours later, we were approaching the Nigerian border. Mentally, I relaxed, knowing this was the only country I had a legal right to enter. It had taken 20-25 minutes at the previous borders, so a bus-load of Nigerians (and one resident) should be a breeze. It wasn’t – it was a nightmare.

After more than one hour of passport and luggage checks, with various officials taking turns to speak privately with our driver, we were waved through one gate by a gaggle of casually dressed customs officers, stuffing cash into their pockets. Before we could get to the outer gate, just metres away, another agitated man ran after us, waving frantically. Once again, our driver descended and they proceeded to unload more luggage all over again. 20 minutes later, there was more sharing of money before we were finally allowed to leave.

For the next couple of hours, we were stopped another 13 times at random checkpoints along the same road. Sometimes, it was customs and other times it was this ‘task force’, that ‘command unit’ or some other arbitrary uniformed group, swaggering around with automatic weapons, trying their best to intimidate the driver and his assistant. Considering that apart from 5 or 6 of us, most of the passengers were senior citizens, overweight and not very mobile, I kept wondering how this level of harassment and extortion could be justified. In the end, the 2-3-hour drive from the border to Ikeja, close to the airport, took over 6 hours, most of it spent by the roadside.

Ironically, once our phones were back online with Nigerian networks, we received another email from British Airways. This time, they were sending a chartered plane from London that would take us from Accra to Lagos late that night and if we were still not able to land, they would take us to Abuja, the capital, where we could continue to our final destinations. There was no mention of the cancellation. Too little, too late, I thought, wondering if my social media posts and all the retweets had triggered this belated display of caring.

I was so grateful to get off the bus that had been my home for 17 hours and get into a taxi for the final stretch. It was a Friday night and it was Valentine’s Day, so Victoria Island and Lekki were choked with traffic, but I managed to sink into my sofa just before midnight. I was drained.

Over the next couple of days, a journalist friend who saw my social media posts about how British Airways had abandoned us in Accra, got in touch. Soon, Nigerian media was awash with coverage using my story, as well as the emails BA had sent. Online, many people speculated that Nigerians could be treated so badly by a major airline because their government had already set the precedent and was unlikely to be vigorous in defending the rights of its citizens.

Here’s what will happen – nothing. The ILS will be calibrated whenever they get around to it. The agencies responsible will not be sanctioned. No government official will be fired or even reprimanded. The Nigerian border officials will continue fleecing travellers. The headlines will fade and be forgotten until the next time.

Nigeria’s transition to becoming a functioning democracy, with responsible government and respect for the rule of law, may turn out to be the longest journey of all.

“If all difficulties were known at the outset of a long journey, most of us would never start out at all.” ~ Dan Rather

“Our battered suitcases were piled on the sidewalk again; we had longer ways to go. But no matter, the road is life.” ~ Jack Kerouac