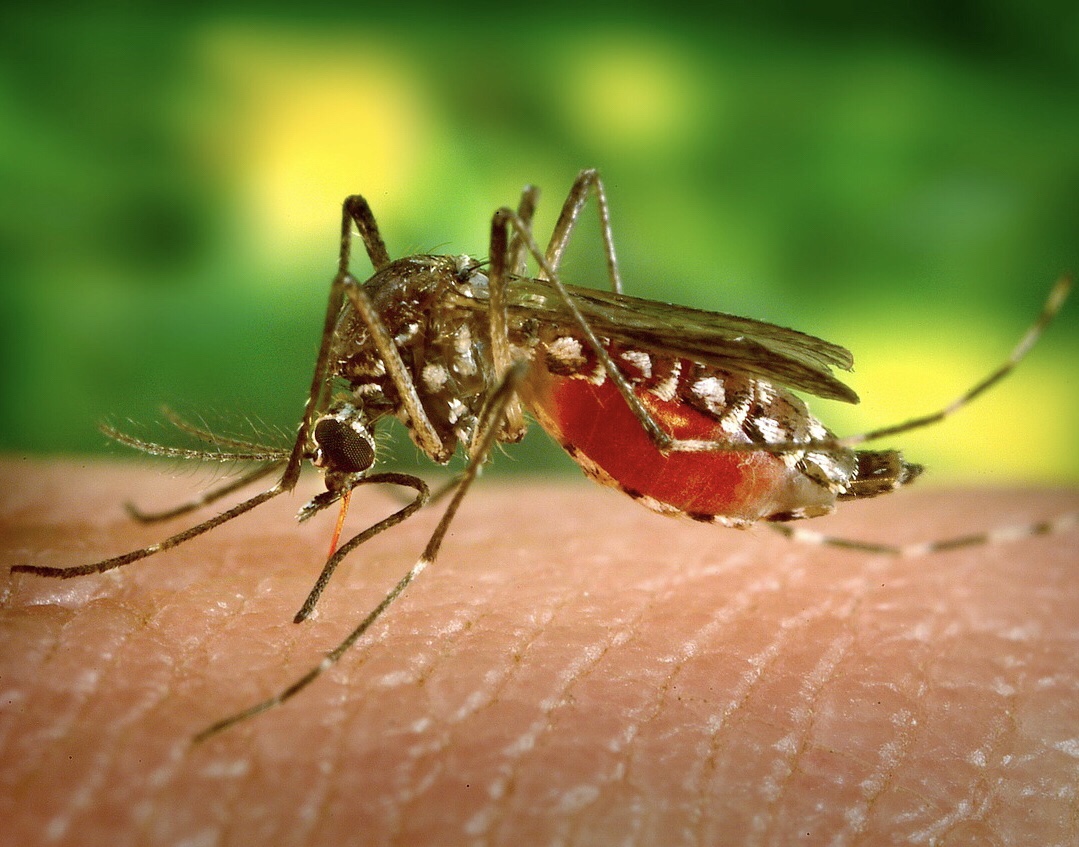 As I write this post, I’m sitting in an isolated room at the University Hospital of the West Indies in Kingston, Jamaica, recovering from a recurrence of malaria. I’ve been feeling great for the last three days but I’m not allowed to leave until I’ve had three consecutive, negative blood smears for the Plasmodium falciparum parasite. This is just a part of the process for controlling the disease in Jamaica, but more on that later. Let’s start at the beginning.

In late August 2018, I was diagnosed with malaria, ending a rather smug 8 years of evading its deadly grasp. Fever, headaches, nausea, joint pains and chills followed over a period of three days, while the medication took its course. I was weak and didn’t eat for four days, until, following a tip from a colleague’s mum, Chef added leaves and pepper berries, from the wonderfully named Uziza plant, to a soup that miraculously restored my appetite. It took another week to return to full strength, with no lingering symptoms.

With just two weeks to go before a trip home to Jamaica, I was looking forward to family, friends, food and fun. For the first three days at a resort, all went according to plan, until an early morning gym session was cut short by a return of nausea, chills and a congested head. I tried to sleep it off, but who was I fooling? The malaria was back because it had never left completely.

Thankfully, the symptoms were less severe this time and when I transferred from Ocho Rios to Kingston, I felt better for one day. By the time I awoke at 4am, shivering and feverish, my resistance to proper medical care had all but crumbled. Within hours, I was being wheeled into A&E at Andrews Memorial, a private hospital just minutes from home. After a battery of tests, including x-rays, I was sent to the University Hospital, where my insight into Jamaica’s zero-tolerance stance to malaria was about to be revealed.

I was subjected to further tests, re-tests and endless questions about my illness timeline – it soon became clear that I would not be going home anytime soon. I was given an isolated room with screened windows, a mosquito net for my bed and repellent to be applied every two hours. A steady stream of health professionals trooped in and out – a consultant, doctors, nurses, nurses’ assistants, interns and medical students.

Some were regular staff assigned to my ward, while others were from the Infectious Diseases unit and the Public Health department of the Ministry of Health. Public Health conducted a thorough investigation into my movement and contacts since arriving in the country; they provided my medication for the hospital and are conducting the screening of my blood samples at its laboratory. Once my treatment started, I could hear the drone of the fogging machine each evening, moving through the hospital grounds, trying to eliminate every mosquito in the vicinity.

Like present-day Nigeria, Jamaica once had a high prevalence of malaria, accounting for nearly 20% of deaths up to the early 1900s. In the 1940s, the British government finally decided to fund anti-malaria efforts, which made progress but had limited results. However, as self-government got closer, in 1957, Jamaica agreed to a jointly funded Malaria Eradication Programme (MEP) with WHO and UNICEF. Despite some early missteps, a rigorous national regime of house spraying, environmental control, free quinine tablets, laboratory screening, public education, monitoring and multi-agency cooperation resulted in Jamaica being declared malaria-free in 1965.

Clearly, Jamaica had some inbuilt advantages – a relatively small population, used to decades of public health education; a well-developed network of clinics and hospitals; a newly-elected government, anxious to show results; and being an island, it was isolated from cross-border re-infection. However, many other countries in Asia, the Caribbean and the Mediterranean have since freed themselves from the scourge of the disease.

Meanwhile, Nigeria leads the world with over 100 million cases of malaria each year, over 300,000 deaths and an estimated 27% of global infections. And yet, like all crises in the country, the seriousness of the issue is normalised and malaria is sometimes treated as casually as a cold or headache. No wonder I thought it was fine to self-diagnose with a kit and self-medicate with drugs from the local pharmacy.

A number of international NGOs and aid agencies do amazing work in assisting Nigeria with malaria control, but there is no nationally coordinated effort with significant funds committed by the government. None of the major factors that contribute to the incidence of malaria are being tackled seriously: Nigeria leads the International Poverty Index; sanitation and drainage in cities like Lagos are dire; public education is almost non-existent; public health services are poor; and the quality of housing is inadequate for the majority of the population.

Worst of all, there is no real commitment to changing any of it. Why would there be? With generous medical allowances for private care, almost glacial, air-conditioned cars, houses and offices, and regularly fumigated compounds, senior government officials are too far removed from the plight of the people to acknowledge that Nigeria is in the grip of a grave epidemic. They would be baffled by the seriousness of the senior public health nurse who told me about her days without food and rest, when Jamaica experienced its last malaria outbreak in 2006.

With a huge effort from thousands of people across a plethora of government agencies, the medical profession, the media and the public, they were able to screen and treat thousands of suspected cases and contain the confirmed malaria cases to a little over 400 people in just seven months. Twelve years later, they are doing everything they can to contain the latest ‘outbreak’ to just one person – me.

This is a tale of two countries separated by more than distance, culture and circumstances. The gulf between them is defined by the huge difference in their commitment – to improving the welfare and living standards of their people; to setting and achieving long-term healthcare goals; and to providing the resources for alleviating poverty, the key reason why diseases thrive in Africa, while reducing or disappearing in the rest of the world.

“Eradication represents a complete change of philosophy and a recognition of the equal rights of citizens to protection from infection, no matter where they live. Eradication, by its very nature, is public health with a conscience.” ~ Fred Soper

“It’s not that easy living with malaria. The reality of the high annual death toll should make that obvious.” ~ T. K. Naliaka

19 thoughts on “Malaria: A tale of two countries”